What is the population of Oman?

What is the population of Oman? Well, today we’ll be looking to answer these and more questions regarding the demographics of this winsome, sultanate nation cast in the beguiling backdrop of the Arabian Peninsula.

The population stands at 4.89 million 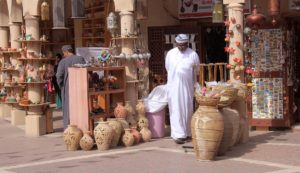 To be more precise, current estimates have the population pegged at 4,897,026 as of November 6th, 2018 which represents a significant increase from the 2010 census that churned up 2.77 million people.

Oman ranks among the fastest-growing populations across the planet with an annual rate exceeding 9% herald as the country’s fastest in five decades.

In the year sandwiched between 2013 and 2012 alone, the country noted an increase upwards of 227,000 and this buccaneering population has been narrowed down to the revamped health care system.

Oman’s population is centralized or concentrated with almost half of the population living in the city of Muscat and the nearby coastal plain of Batinah and just a fraction carving a home on the peripheries.

For instance, only 30,000 of the remainder take up residence in the rural Musandam Peninsula. 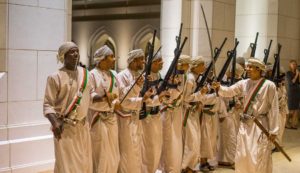 More than 800,000 people live in Muscat which is not only the largest city in the country but also doubles up as the state’s capital.

Despite having an area spanning 309,500 square kilometers, which ranks 7oth in the world in terms of size, Oman is among the least densely populated and sits at position 220 in that list with a distribution of just 9 for every square kilometer.

Putting a thumb on the exact population sum is usually a tough affair given the ever-changing nature of the measurement because of shifting mortality and birth rates.

But if the latter aspects are known, you can easily estimate the new figure by taking into account the difference and adding that to the 4.89 million mentioned herein which was the population as of 6th November 2018.

On that note, population changes indicate that there is an increase of one person every 3 minutes given that deaths occur every 45 minutes while a single migrant crosses the border every 3 minutes.

What the future holds for the population

According to the predictions of the United Nations WPP, Oman’s population is set to continue on an upward trend.

It is expected to reach an all-time high in 2071 with a tally just upwards of the 7.1 million mark before dwindling to 6.5 by the end of the 21 st century. 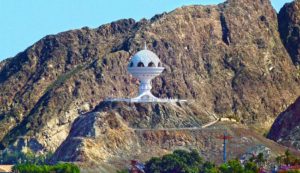 The quality of life in Oman is evident from the fact that 7% of the population doesn’t have access to good sanitation amenities or clean water while every group of 1000 people is under the provision/care of 1.5 hospital beds and physicians.

Literacy levels, on the other hand, are somewhat balanced between both genders with figures indication that 86% of females above the age of 15 can read and write while 93% of their male counterparts are literate.

In terms of religious affinity, Islam takes the majority with 85.9% while Buddhism, Hinduism and Christianity stand at 0.8, 5.5 and 6.5% respectively.

Jews and atheists among other religious divides make up the remaining percentage which is less than 1.

Visa to Oman for Irish Citizens - Fill out a short application form
How To Apply For Oman Tourist Visa?
How To Get Oman Visa From Kenya?