What Type of Government Does Oman Have?

What Type of Government Does Oman Have?

Oman uses an absolute Monarchy system where the hereditary sultan has unlimited authority and power.

The Sultan heads both the government and the state. Since the 18th Century, the country has been under the rule of the Royal Al Bu Sa’id family.

Here are the branches of Oman government

The sultan has all executive authority. He is the heads of the government, the supreme head of the armed forces, and the head of the state. Thus, the Sultan is head and leader of the monarchy.

The Sultan’s family members head all the other ministerial positions. Also, the Sultan has the powers to dismiss or appoint any cabinet minister.

Policy formulation is mainly dependent on negotiations between the sultan and his ministers.

It also has the National Development Council which is concerned with making national development projects and plans.

The branch of the government is known as the Council of Oman. The legislature is meant to guarantee all Oman citizens basic liberty.

However, it has no supreme powers to overturn whatever the Sultan wishes. It has 2 chambers that consist of Consultative assembly and Council of State. 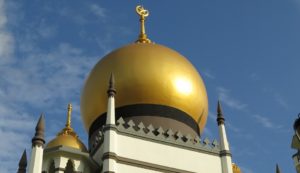 Also known as the lower house of the Council of Oman. All members of this house are elected democratically.

It consists of 84 members that are elected from the country’s provinces and serve a 4-year term. However, provinces with more than 30,000 people are represented by 2 members.

No political parties are allowed in Oman. Members of the consultative assembly are elected through individual votes, i.e., the one with the highest number of votes.

2)  Council of State of Oman

Also known as the upper house of the Council of Oman. It consists of 83 members who are appointed by the Sultan. They serve a term of 4 years.

The work of this council is to assist the government in implementing development strategies, ascertaining the basic principal laws of the state, maintaining achievements and also deepening the Oman society roots.

Oman’s judicial system is based on the interpretation of the Islamic law (Sharia) and the English common law with a high appeal to the monarchy system. 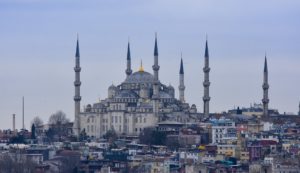 Although the 1996 basic charter advocated for the dependency of the judiciary, various courts are subject to influence by the Sultan.

The Sultan acts as the highest court of appeal, appoints all judges and also intercedes in special cases, i.e., national security concerns.

The Ministry of Justice administers all courts. The Judicial consists of:

Visa to Oman for Bahrain citizens - all you need to start the process is an internet connection
How To Fill Out Oman Visa Application Online?
How To Get Visit Visa For Oman From Pakistan?