What language do they speak in Oman?

If you’re planning to travel to Oman, it is always a good idea to find out what language do they speak in Oman.

This will help you in preparing for your trip more easily. This will also enable you to interact with the locals easily.

We will shed some light on the languages which are spoken in Oman.

What language do they speak in Oman?

The most recognized language in Oman is Arabic. Arabic is also the official language of Oman.

Additionally, there are a few other languages which are spoken as well like Baluchi, English, and Urdu. We will go into the details of all of these languages to help you understand which one is better to converse in Oman.

Arabic – The Official Language of Oman

As we stated above, Arabic is the official as well as most well-known language in Oman. 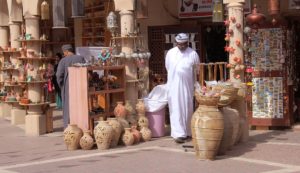 The dialects associated with the different regions of Oman include:

As you can see, the Arabic language is not just the official language of Oman but has plenty of dialects as well which are spoken in Oman.

Baluchi – The popular language of Oman:

Baluchi is another popular language in Oman. It is the language of the Baloch community.

This tribe is associated with the Balochistan region in Iran, Pakistan, and Afghanistan. Owing to the migration of a large population of this tribe to Oman, it is a pretty popular and well-known language in Oman.

Over 300,000 people from the Baloch community reside in Oman. That is why over a period of time it has become a well-known language.

Is English widely spoken in Oman?

As a tourist, you will mostly be concerned about the popularity and the comprehension of English among the natives. 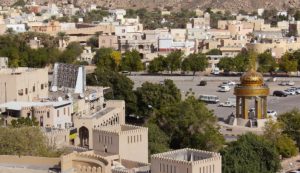 You will be happy to know that English is taught in schools in Oman right from a very young age. Moreover, most of the signs in the country as well as building names are displayed in Arabic as well as in English.

The number of English-speaking individuals in Oman is growing at a rapid pace.

You can safely assume that people in the tourism industry, as well as the youngsters in Oman, can understand and speak English.

As a tourist, you will have no problem at all in finding English-speaking individuals in Oman.

What other languages are native to Oman? 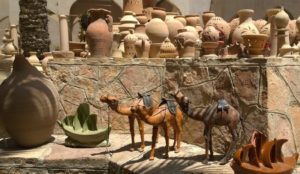 There are quite a few other languages which are native to Oman as well. These include:

Apart from this Bathari and Hobyot are other languages which are native to Oman but are not that popular.

So, if you’re trying to find out which languages are popular in Oman, Arabic is the most popular one, as it is the official language.

Additionally, Baluchi and English are also quite popular and well understood in Oman.