What is the currency of Oman?

Introduction: what is the currency of Oman?

Oman’s rial is the national currency in the Sultanate of Oman, and the term is also referred to as OMR.

It is believed that the Omani rial is ranked as the 3rd highest currency in the world.

Where Did The Journey Start?

Before 1940, when the Oman country was known as Muscat and Oman, the Maria-Theresa thaler as well as the Indian rupee were the main currencies. 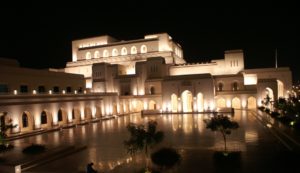 The first coins were then introduced in Dhofar and four years later, a different series of coins were released for use in the country.

The coins that were previously known as paisa, were now renamed baisa, and 200 baisa were equal to 1 rial.

As a currency, the Saudi riyal would become the main currency in Oman in the year 1970. And three years later, the Omani riyal replaced the Saudi Riyal.

As a visitor in Oman, other currencies you can use other than Omani riyal are the US dollars and the sterling.

You can easily change these currencies at the banks and also there are many ATMs available to use.

Why The Omani Riyal Is One Of The Highest Currencies In The World?

Each value of a currency is arbitrary. Every country sets the value of its currency within a reasonable amount. 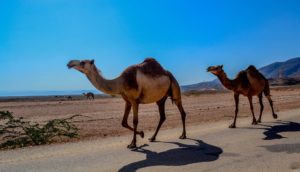 Influenced by many factors, the value of currencies can degrade. That usually happens due to devaluation as well as inflation or market instability.

The main reason why the currency of Oman is higher than that of other currencies around the world is because the rial was subdivided into 1000 baisa. And to increase the value of baisa, they set a higher base for the Omani rial.

Benefits For The Economy In Oman

Due to a very high currency, the economy of Oman is very stable. As a country, it has a very open economy and almost 77 % of the revenue comes from trade and the rest of the percent is influenced by the high price of oil.

People who live in Oman get a lot of benefits using the rial as their main currency. Since 1990, the country has achieved a significant growth in the economy sector. 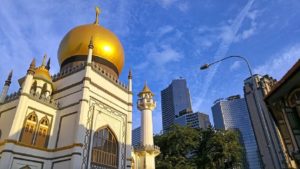 Nine years of growth made an impact of the growth of oil prices. And at the beginning of 2000, the country gained a place in the World-Trade Organization.

Today, Oman’s economy, instead of focusing on camels, goats, fishing and agriculture and traditional handcrafting, it is focusing on the oil industry.

Oman is known as a very rich country, but despite the fact that much of the wealth comes from its oil sources, Oman wants to diversify its economy.

As soon as the country pays attention to other sources like logistics, tourism, and manufacturing, the value of the Omani rial will not change and compared to the US dollar, the value will stay the same as it is since 1986.

What language do they speak in Oman?
How To Get Family Visa For Oman?
Oman Visa Requirements For South African Citizens